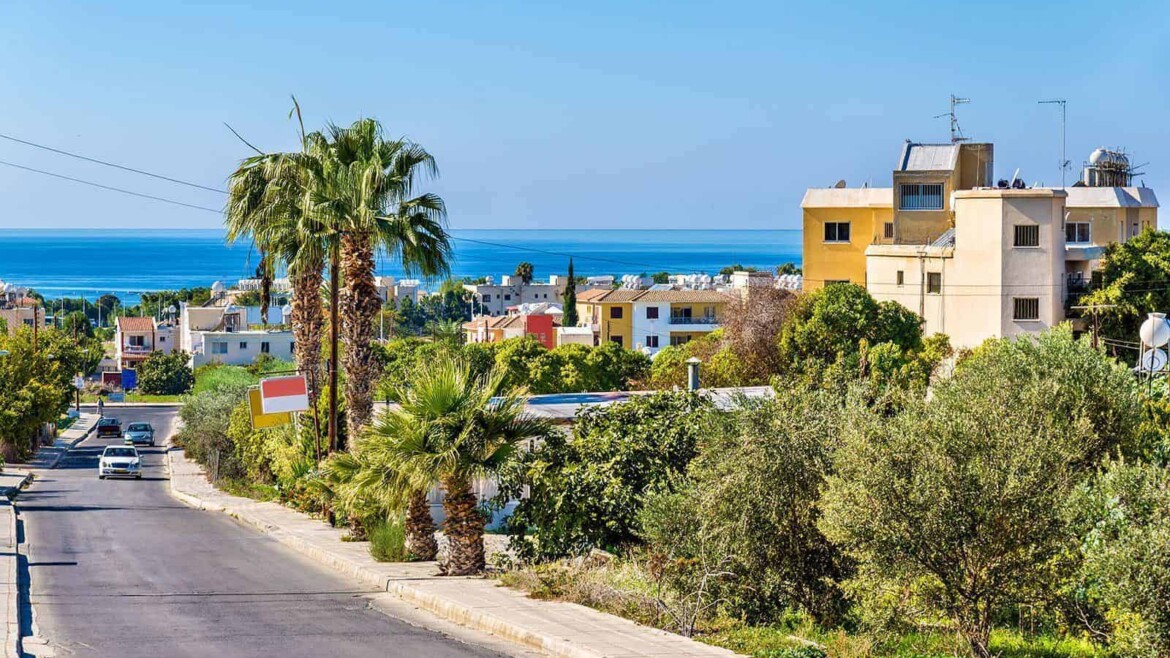 Looking for a taxi service in Paphos, Cyprus? Whether you’re a tourist looking to get around the city or you need a taxi for an airport transfer, this guide will tell you everything you need to know about the taxi service in Paphos. We’ll cover topics such as fares, how to order a taxi, and what to do if you have a complaint. So whether you’re visiting Paphos for the first time or you’re a local looking for information on the best taxi companies, read on for all the details!

Before talking about the service of taxi in Paphos Cyprus, let’s talk about the region iteself. Paphos is the home to around 40 hotels and is a very popular tourist destination. It has a history running back more than 2000 years and is full of interesting archaeological sites. The city is also known for its beautiful beaches, which are some of the bests in Cyprus.

Paphos International Airport (PFO) is located approximately 12 kilometers from the city center. There are plenty of taxis available to take you from the airport into town. The airport serves a number of carriers including Ryanair, easyJet, and Wizz Air.

Larnaca International Airport (LCA) is located approximately 70 kilometers from Paphos. . The airport serves a number of carriers including Aegean Airlines, Cyprus Airways, and Turkish Airlines. You can visit this ariport through the Paphos taxi service too.

How to Book Taxi Paphos?

Taxis in Paphos can be ordered by phone, through a taxi company’s mobile app, or simply by hailing one down on the street. The latter is generally only possible if you’re near a busy street or hotel where the Paphos taxi services are frequently passing by.

To order a taxi by phone, you can either call a specific taxi company or use the city’s general taxi number. The general taxi number for Paphos is +357 26 102 020. Once you call this number, the dispatcher will connect you with the next available taxi. If you have a preference for online booking, you can use websites like Cyprus24.taxi.

No matter how you order your taxi, be sure to have the following information ready:

-Your current location (address or landmark)

-The number of passengers

Once you have this information, the taxi driver will be able to give you an estimate for the fare. In Paphos, taxis generally charge a flat rate plus an additional per-kilometer fee. The flat rate varies depending on the time of day and day of the week, with higher rates for nighttime and weekends.

Paying For Your Taxi to Paphos

Taxis in Paphos accept cash and credit cards. If you’re paying by credit card, be sure to have your card ready when the driver arrives. Every taxi contains a card reader, and the driver will typically swipe your card after you arrive at your destination.

If you’re paying by cash, it’s always best to have the exact amount as taxi drivers generally don’t carry much change. You can also ask the driver for a receipt, which can be helpful if you’re filing an expense report for work. Euro is the only currency accepted by taxi drivers in Paphos.

What To Do If You Have A Complaint About Paphos Taxi Service?

If you have a problem with your taxi ride, it’s best to try and resolve the issue with the driver first. If that’s not possible or if the driver is being uncooperative, you can file a complained against the taxi Paphos.

The best way to do this is by contacting the Paphos municipality. You can reach them by phone at +357 26 102 020 or by email at [email protected] Be sure to have the following information ready when you contact them:

-The taxi license number (located on the side of the door)

-The time and date of the ride

-A description of the problem

Paphos municipality will then investigate your complaint and take appropriate action. You can expect to hear back from them within a few days.

How Much Is A Cheap Taxi Paphos?

The cheapest fare that you can expect to pay a taxi in Paphos Cyprus is around 35 euros. If you’re traveling during the day on a weekday, you may be able to find a taxi for less than this. However, nighttime and weekend rates are typically higher. The reason for this is because there are fewer taxis on the road during these times, so the demand is higher.

When you’re looking for a cheap taxi Paphos, it’s always best to compare rates between different companies. Some taxi companies charge a flat rate, while others charge per kilometer. Be sure to ask about any additional fees before getting in.

If you’re looking for an even cheaper way to get around Paphos, consider taking the bus. The city’s public bus system is relatively cheap and efficient. You can find a list of all bus routes and fares on the Paphos municipality website.

If you need more information about Paphos taxi services, be sure to check out the Cyprus Taxi Association website. The site contains a wealth of resources, including a list of all licensed taxi companies in Paphos. You can also find helpful tips for ordering and paying for your taxi ride.

Paphos is a beautiful city with plenty to see and do. Whether you’re visiting for business or pleasure, be sure to take advantage of the city’s taxi Paphos service. There are many places you can visit through a Paphos taxi. Next, we will tell you about some of the best places to visit in Paphos.

The Tombs of the Kings By Taxi

The first location on our list is the Tombs of the Kings. This is one of the most popular tourist attractions in Paphos and it’s easy to see why. The tomb complex dates back to the fourth century BC and it’s truly a sight to behold. If you’re interested in history or archaeology, this is definitely a place you won’t want to miss. It was built for the wealthy and powerful of that time and it’s a great way to get a glimpse into the past.

The site has a rich history and it’s definitely worth a visit. You can learn more about the Tombs of the Kings by checking out the Paphos municipality website. If you take a taxi, it will take about 15 minutes to get there from the city center.

The Mosaics of Paphos By Taxi

Another popular tourist attraction in Paphos is the Mosaics of Paphos. This site is home to some of the best-preserved Roman mosaics in the world. The mosaics date back to the second and third centuries AD and they’re truly a work of art. If you love history or art, this is definitely a place you won’t want to miss.

The site is located in the center of Paphos and it’s easy to get to by taxi. It will take about 20 minutes to get there from the city center. If you are hungry, there are plenty of restaurants nearby.

The Paphos Zoo By Taxi

If you’re looking for a fun day out with the family, consider visiting the Paphos Zoo. The zoo is home to a variety of animals, including lions, tigers, and elephants. There’s also a playground for children and a cafe if you need to take the young ones for a break.

The zoo is located on the outskirts of Paphos and it takes about 30 minutes to get there by taxi. The ticket prices are very reasonable and it’s definitely a great way to spend a day.

The next stop on our list is the Kato Paphos Archaeological Park. This is another great spot for history buffs. The park contains the remains of several ancient structures, beleived to be from the Neolithic, Bronze Age, and Iron Age periods. If you’re interested in learning more about Cyprus’s history, this is definitely a place you won’t want to miss.

The park is located in the center of Paphos and it’s easy to get there by taxi. It will take about 15 minutes to get there. From the city center, a taxi Paphos driver will ask for around few Euros per person.

The Paphos Harbor By Taxi

Last but not least, we have the Paphos Harbor. This is a great spot for relaxation and it’s also one of the best places to get a view of the city. The harbor is home to a variety of restaurants and cafes, as well as some shops if you are interested in buying souvenirs.

The harbor is located in the center of Paphos and it’s easy to get there by taxi. It will take about 15 minutes to get there from the city center. If you are interested in taking a boat ride, there are plenty of companies that offer trips around the harbor.

These are just a few of the many popular tourist attractions in Paphos. As you can see, there are plenty of great places to visit in Paphos. Be sure to take advantage of the taxi Paphos service to make getting around town a breeze.

What To Know More About Paphos Taxi Service

The Paphos taxi service is a great way to get around town. The taxi drivers are very friendly, and they know all the best places to go. They will also take you to the airport or the port if you need to catch a ferry. The taxi in Paphos Cyprus is very reasonably priced and it’s definitely worth taking advantage of if you’re visiting Paphos.

You can take the Cyprus Paphos taxi service to visit several nearby towns. Some of the closest are Ayios Yeoryios, Geroskipou, and Kouklia. These are all great places to visit and they’re definitely worth a day trip.

Ayios Yeoryios is a city located about 30 minutes from Paphos. The city is home to a variety of shops and restaurants, as well as a beautiful church. The taxi Paphos service will take you right to the city center so you can explore all that it has to offer. The taxi fare is very reasonable and it’s definitely worth taking advantage of if you’re interested in exploring Ayios Yeoryios.

Geroskipou is another city located about 30 minutes from Paphos. The ride will cost you around few euros per person.The taxi Paphos service will take you right to the city center so you can explore all that it has to offer.

A 45-minute taxi ride from Paphos will take you to Kouklia. The taxi fare is a bit more expensive than the other cities, but it’s definitely worth it. Kouklia is home to a beautiful church and an ancient site that is definitely worth exploring.

Q: How much does it cost to take a taxi from the airport to Paphos?

A: The taxi fare from the airport to Paphos is around 20 euros.

Q: How much does it cost to take a taxi from the port to Paphos?

A: The taxi fare from the port to Paphos is around 15 euros.

Q: What vehicles do the taxi Paphos services use?

A: The taxi Paphos service uses a variety of vehicles, including sedans, minivans, and SUVs.

In this article, we went through everything you need to know about the taxi Paphos service in Paphos, Cyprus. We covered how much it costs, what type of vehicles they use, and where you can find them. We also included a few popular tourist attractions that are definitely worth visiting. Thanks for reading!

Taxi Larnaca Ayia Napa: The Best Way to Get Around Larnaca to Ayia Napa

Taxi Paphos: Everything You Need to Know About the Taxi Service in Paphos, Cyprus